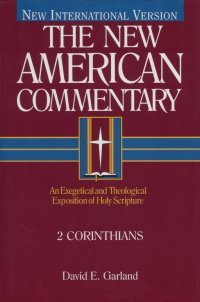 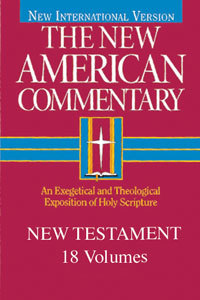 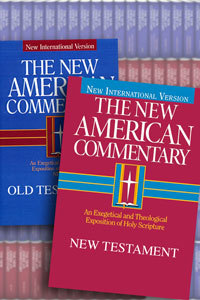 In development for over a decade, The New American Commentary series is for those who have been seeking a commentary that honors the Scriptures, represents the finest in contemporary evangelical scholarship and lends itself to practical work of preaching and teaching. This comprehensive series serves as a minister's friend and a Bible student's guide.

The New American Commentary is based on the inerrancy of Scripture, focuses on the intrinsic theological and exegetical concerns of each Biblical book, and engages the range of issues raised in contemporary Biblical scholarship. Drawing on the skills and insight of over forty Bible scholars, the New American Commentary brings together scholarship and piety to produce a tool that enhances and supports the life of the church.

Highlights of This Volume

In 2 Corinthians the apostle Paul displays his heart as well as his theological mind as he deals with a difficult church. The nature of the Christian life and ministry surfaces here out of the crucible of suffering. Paul testifies that the glory of the cross is found not in self-exaltation but in self-emptying, not in ease but in suffering, not in advancement and recognition but in humiliation. Those who follow Dr. Garland through the study of this epistle will be wonderfully blessed.

Dr. Garland became Truett Seminary's fourth dean on June 1, 2007. He received his M. Div. and Ph.D degree from The Southern Baptist Theological Seminary. He served on the Southern faculty for 21 years, was Chairman of the Biblical Division from 1992-1997, and was the Ernest and Mildred Hogan Professor of New Testament Interpretation from 1993 -1997. Dr. Garland did post-graduate study at Eberhard-Karls Universitaet, Tuebingen, Germany in 1984-85 and at Macquarie University, Sydney, Australia in 1992-93. He has authored, co-authored, and edited seventeen books, including The Intention of Matthew 23 ; Reading Matthew: A Literary and Theological Commentary on the First Gospel ; Mark, NIVAC ; Colossians / Philemon, NIVAC and he has published more than fifty articles. The commentary on Mark received a Silver Medallion from the CBA in 1996. The commentary of the "Gospel of Mark" received the Gold Medallion in 2003, and the commentary on 1 Corinthians received a Silver Medallion from the CBA and an Award of Merit from Christianity Today in 2004. He currently serves as the New Testament editor for the revision of the Expositor's Bible Commentary for which he has written a commentary on Philippians. He is an elected member of Studiorum Novi Testamenti Societas.

Dr. Garland remains closely connected to local church ministry and has served as Interim Pastor of sixteen churches in Kentucky, Indiana, and Texas. He became Associate Dean for Academic Affairs at Truett in 2000 and has preached in numerous churches throughout the U.S. and Australia.

David Garland's commentary displays a thorough command of the literature (particularly materials that illuminate the first-century background), judicious and often insightful exegesis, engagement of the heart with the text and not merely the head, and illustrations that capture the truth and convey its relevance to us here and now.