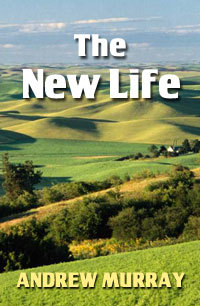 The New Life is your guide to the basics of being God's child. Andrew Murray was concerned about the growth of new believers and that is why he wrote these fifty-two simple Bible studies. Even those who have known Christ for years will benefit from these precious reminders of God's truths.