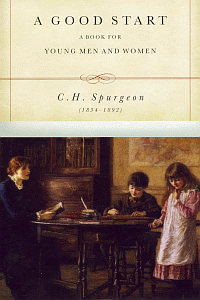 The decisions that we make early in life affect and help determine everything that follows. As such, it is vital that young people know how to make wise and God-honoring decisions. This book contains thirty-four sermons by Charles Haddon Spurgeon calling young people to heed the Word of God.

One of the 10 Best Books