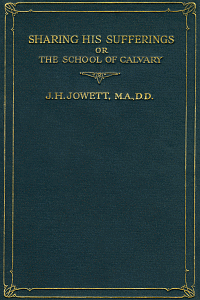 These addresses by John Henry Jowett are focused solely on the topic of suffering. Jowett's address The Neglected Cup is one of the best discourses ever written on the subject of suffering.