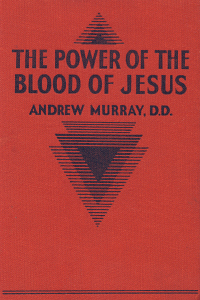 In this book, Andrew Murray offers an in-depth understanding of the blood of Jesus. Murray begins this volume by examining what the Old and New Testaments teach about blood and how the sacrifice of blood serves to redeem, reconcile, cleanse, and sanctify. The latter half of the book looks at what the blood means for the Christian's intimacy with God, service to others, and victory over sin and death.