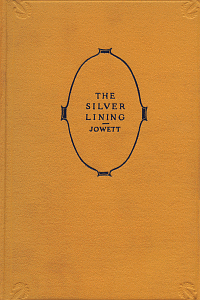 The Silver Lining is a collection of twenty-six of John Henry Jowett's sermons. Here you will find words of comfort and encouragement for life's storms. From the first sermon, Under the Fig Tree to the last, The Realms of the Blest, you will be consoled in the knowledge that Christ sees you and will one day soon bring you to a place where you will, likewise, see Him.

Having compiled a small library of John Henry Jowett, I can truly say he has become a friend, a mentor, and one of my favorite Bible teachers.