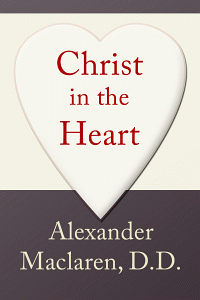 This volume features twenty-six sermons preached by Alexander Maclaren, with the first five sermons, "Christ in the Heart," expounding on Paul's prayer for the believers in Ephesus. Other sermon titles include: