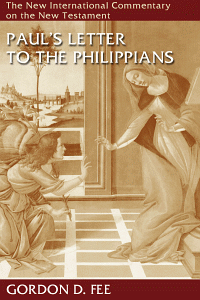 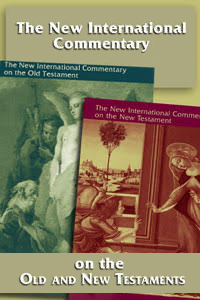 This commentary by respected New Testament scholar Gordon D. Fee is a scholarly yet thoroughly readable study of Paul's letter to the suffering community of believers in Philippi.

Working directly from the Greek text but basing his comments on the New International Version, Fee sets Paul's letter to the Philippians squarely within the context of first-century "friendship" and "moral exhortation" to a church facing opposition because of its loyalty to Jesus Christ. At the same time Fee gives equal concern to the letter's theological and spiritual relevance.

Important features of this commentary include a remarkable comparison of Philippians to two well-known types of letters in the Greco-Roman world - the letter of friendship and the letter of moral exhortation; an introduction that discusses the occasion, authenticity, and theological contributions of Philippians; and scholarly insights that resolve many of the formal and structural issues that have long puzzled New Testament scholars.

Gordon D. Fee is professor emeritus of New Testament studies at Regent College, Vancouver, British Columbia, and general editor of the New International Commentary on the New Testament series. His numerous works include the highly acclaimed volume on Philippians in this series, Listening to the Spirit in the Text, and To What End Exegesis? (all Eerdmans).

A highly scholarly yet thoroughly readable study of Paul's letter to the Philippians....This is a solid commentary based on the Greek text and including a thorough exposition of theological issues. An abundance of grammatical, textual, and historical information is presented in the footnotes, special notes, and appendices. Paul's Letter to the Philippians will provide a mine of information for all students of Paul especially of the Epistle to the Philippians. It should be in the hands of every serious scholar, pastor, and student.