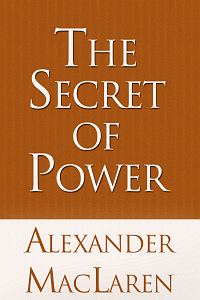 The Secret of Power includes twenty sermons by beloved pastor Alexander Maclaren. Among these are sermons on the following topics and passages: