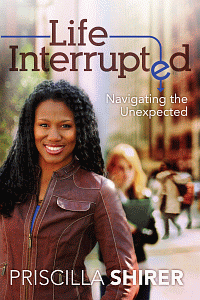 Interruptions.They're aggravating. Sometimes infuriating. They make us want to tell people what we think of them. But how we handle interruptions actually tells us more about ourselves.

The prophet Jonah's existence was interrupted by a call of God that would require a complete change of life. And it scared him enough to make him run in the opposite direction. Yet, when it seemed to be an unnecessary and useless interruption was really an opportunity for Jonah to be involved in something the likes of which the Old Testament world had never seen before. This interruption was really a divine intervention and it help more adventure and possibility than he could have imagined.

We, like Jonah, tend to run from interruptions. When major pains and minor problems cause a hiccup in our carefully calculated plans and goals we head in the opposite direction. Who knows what we might be missing by running from what could very well be God's means of steering us toward the most magnificent outcome of our lives. Jonah could tell us a story or two. So could you. And so does popular conference speaker and author Priscilla Shirer in this personal account of opportunities lost and lessons learned--the amazing freedom and fulfillment that comes from going with God even when He's going against your grain.

About the Author
Priscilla Shirer is a Bible teacher who enjoys bringing the stories of Scripture to life. She is also the author of popular books including One in a Million, A Jewel in His Crown,, and Discerning the Voice of God. Priscilla is married to her best friend Jerry with whom she founded Going Beyond Ministries. While Priscilla loves ministry, she prioritizes her role as wife and mother. Between writing and studying, she spends the majority of her time cleaning up after their three fabulous sons.