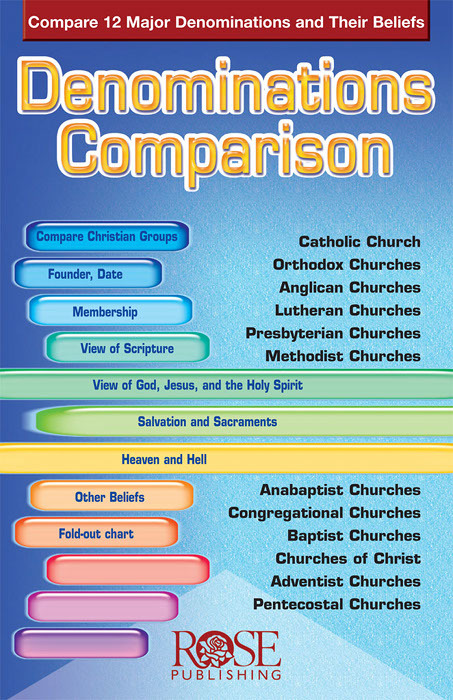 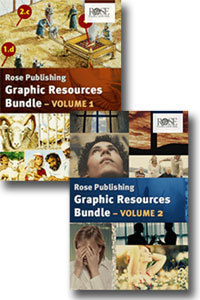 The Liturgical Churches compared are:

The Non-Liturgical Churches compared are:

In addition to the side-side comparison of the 12 Christian denominations, the Denominations Comparison pamphlet contains a list of 42 "Helpful Words to Know" for studying denominational differences. This list defines words such as: Anabaptist, apocrypha, canon, Eucharist, incarnate, pope, predestination, and puritan.