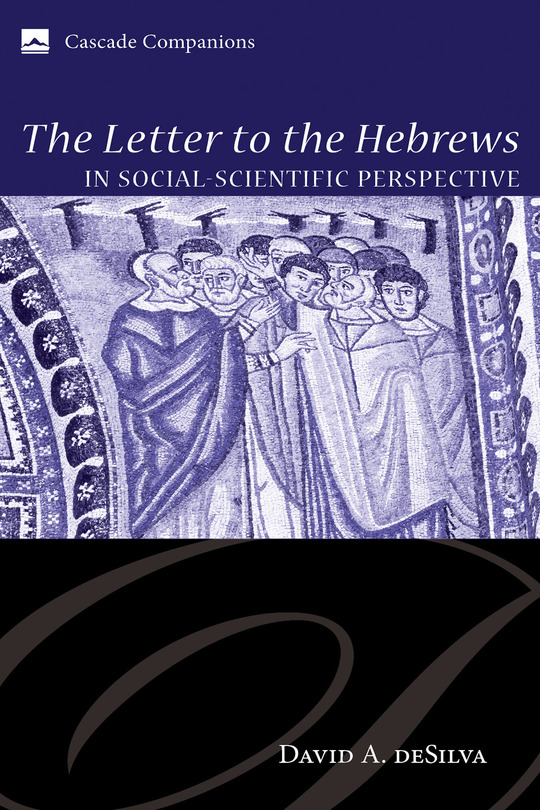 Cascade Companions: The Letter to the Hebrews in Social-Scientific Perspective
By: David A. deSilva (Author)
Publisher: Cascade Books
Category: Theology

A lot of mystery surrounds the book of Hebrews, especially regarding its authorship, date, and audience. But by asking the right kind of questions, one can move beyond the impasses typical of historical investigation. In this volume, David deSilva explores Hebrews through a social-scientific lens, asking one of the most important questions when interpreting letters and sermons: What was going on in the community to occasion such a response? DeSilva looks for clues concerning the anonymous author, his education level, the influence of the Greek environment, and his perception of his own authority. In addition, by forming a social profile of the audience that includes location, ethnicity, and class status, deSilva brings to light the author's aims of helping protect Christian converts from persecution and social shame. This book not only helps the sermon "to the Hebrews" take on flesh and blood for contemporary readers; it also expands the readers' tools for asking fresh questions and exploring new dimensions in biblical texts.

David A. deSilva is Trustees' Distinguished Professor of New Testament and Greek at Ashland Theological Seminary in Ashland, Ohio, and an ordained elder in the Florida Conference of the United Methodist Church. He is the author of twenty books, including Global Readings: A Sri Lankan Commentary on Paul's Letter to the Galatians (Cascade 2011); Seeing Things John's Way: The Rhetoric of the Book of Revelation (2009); An Introduction to the New Testament: Contexts, Methods & Ministry Formation (2004); Introducing the Apocrypha (2002); and Perseverance in Gratitude: A Socio-Rhetorical Commentary on the Epistle "to the Hebrews" (2000).

Modern readers too often forget that the sermon we call Hebrews--a powerful, timeless word that reaches to the heavens--was written in a nitty-gritty, socio-cultural context and was profoundly shaped by that context . . . Whether analyzing the author's rhetorical strategy, the demands of gratitude upon the audience, or the shaping of social identity in a religious group, deSilva provides his readers with a new lens through which to follow the author's arguments and assess the implications for 'hearing' Hebrews in the modern world.

David deSilva is a recognized expert in socio-rhetorical analysis, honor-shame discourse, and the Epistle to the Hebrews. All three converge in this slender but rich volume. It is conversant with modern theory, but thoroughly rooted in the ancient sources. While chiefly focused on the first century biblical message, deSilva's analysis will also help modern readers to be shaped and sustained by this 'word of exhortation' (Heb 13:22).